Skip to content
FacebookTwitter
|Free Priority Shipping on Orders Over $65!

Natural kratom comes from the mitragyna speciosa, which is a tropical evergreen tree in the coffee family. It is a native to Southeast Asia and has been used for centuries as an herbal supplement.

Today, approximately 5 million people use a strain of the kratom plant according to the American Kratom Association. Read on to learn more about Kratom and the Maeng da Kratom strain.

There are many different varieties of Kratom, all offering different benefits. Kratom is not illegal and can be taken in pill, capsule, or brewed as a tea. There are two main compounds in kratom leaves, mitragynine, and trace amounts of 7-α-hydroxymitragynine which is produced during the oxidation process. These compounds according to NIDA interact with opioid receptors in the brain which produce sedation, pleasure and decreased pain.

What is Maeng Da Kratom? 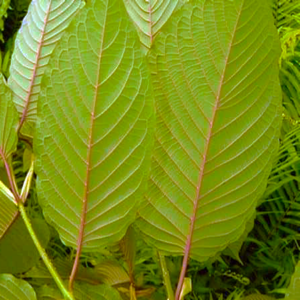 One of the most known varieties of Kratom is Maeng Da otherwise known as ‘pimp grade’. It comes from Thailand and is named after a water bug called Lethocerus Indicus. In Thailand, this is a local delicacy. It is one of the strongest forms of Kratom with higher alkaloid content. Another well know strain is the Bali strain, coming from the Bali region of Thailand, that is reported to contain more alkaloid compounds. Do your research and be sure to choose the best strain for you based on your needs and potential side effects.

Maeng Da can be identified by its darker leaves, which are greener when crushed or powdered. Its extracts are suspected to contain an increased number of active compounds compared to other variants. However, the science suggests that they contain equal amounts of compounds.

As with all Kratom, there is little research available to support or disprove reported anecdotal benefits.

Suspected benefits of Maeng Da Kratom are increases in energy, focus, attention, and clarity. This may be why many people take it as a tea in the morning. Many are using Maeng Da Kratom because of its benefits to help aid minor aches and pains.

The uniqueness of Maeng Da Kratom is it also has reported relaxing effect. Many users report that it aids with pain aliments and provides a feeling of contentment/relaxation.

Because Maeng Da is one of the strongest strains of Kratom, it has the most reported side effect. Some of the side effects mimic those associated with consuming too much caffeine.

Reported side effects are:

Most side effects appear to resolve themselves in a relatively brief period of time. It is therefore important to monitor Kratom dosage. Due to the potency of Maeng Da Kratom, it is suggested to start with a half dose (read below) and monitor side effects if the dose is increased.

It is recommended that if you are taking Maeng Da Kratom you should use 4 grams, or less, to achieve its full effects. Because of the potency and potential side effects of Maeng Da Kratom, higher doses are not recommended. Effects may last for as long as 8 hours.

If you are purchasing Maeng Da Kratom online be sure to use a reliable vendor that offers purely ground Kratom powder. There have been reported issues with Kratom mixed with other drugs or chemicals. Here is a link to questions you need to ask to guarantee you have found a high-quality Kratom vendor.

If you have high-quality kratom powder, you can seep it into a tea for enjoyment. Others prefer maeng da kratom capsules because they are easier to take and more portable.

Current State of Kratom in the U.S.

Currently, there is a debate on the use and legality of Kratom in the US. Kratom’s presence in some deaths has to lead to questions of safety. However, there has been little research done on the area which has led to questions about its connection to pain-relieving because of its pain-relieving properties.

Chronic pain is an epidemic in the U.S. and this is commonly seen through the Opioid Crisis. There is some evidence to suggest that Kratom may be a more effective pain reliever with fewer addiction issues, however, this  has yet to be proven and the FDA claims that Kratom is additive.

Recently there have been significant increases in funding research on Kratom. The University of Florida College of Pharmacy was awarded a $3.4 million grant from the National Institutes on Drug Abuse (NIDA) in addition to the $3.5 million it received in December 2018 to study kratom. This is good news as this research will help to better understand the benefits, side effects, and proper doses.

To better understand this debate you have to look no further than marijuana. It is still listed as a Schedule 1 drug, but as more states have legalized its use, more research has been done to quantify the benefits of marijuana, hemp, and CBD oil.

Do You Need a Wholesale Provider for Your Kratom?

Contact us for your Maeng Da Kratom, our wholesale team can help you ensure that your store offers the highest quality Kratom. We source our Kratom directly from where it is grown, Indonesia, the Amazon, and Africa.

This allows us to provide high-quality products at great prices. We combine this with superior service to support our kava and Kratom customers.