Skip to content
FacebookTwitter
|Free Priority Shipping on Orders Over $65! 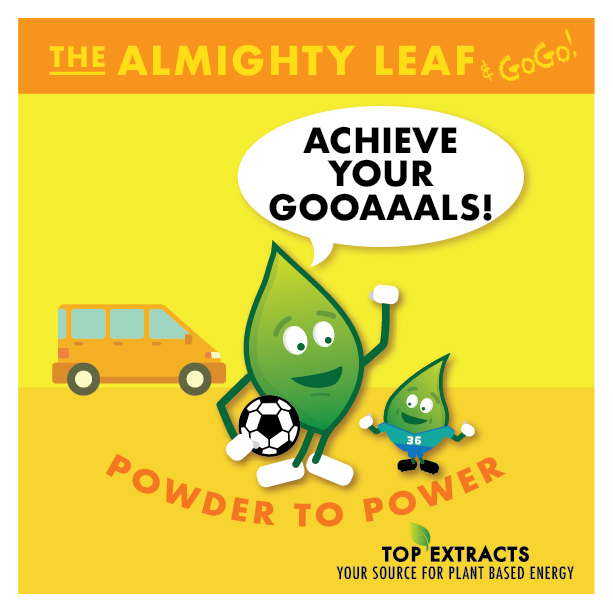 Have you found yourself in a slump, unsure of what to try next in order to feel energized throughout the day? While the herb kratom, which is closely related in makeup to the coffee plant, is often associated with those suffering from pain, anxiety, or addiction issues – there is so much more to it. The energy it provides has assisted droves of people who are looking for natural endurance, which is not what your typical energy bar or drink consists of (more on that later).

Whether you’re a soccer mom looking to maximize your energy throughout the day – or an athlete pushing yourself to complete that final mile – read on to learn how plant-based, natural energy has a a high potential of helping you to achieve your goals.

To Trust or Not to Trust ‘Natural’ Labeling?

While it may be tempting to pick up an energy drink or protein bar while on the go, you’d be amazed at the contents of so many varieties that are touted as being “natural.” As it turns out, and you may already be aware, the term is quite controversial in the world of consumables. Why is that?

After reaching out to the U.S. Food and Drug Administration (FDA), Top Extracts discovered that the use of the word “natural” remains a subject of conflict to this day. Popular brands have been decorating their labels with the word in order to attract unsuspecting consumers, who may solely rely on the large print, rather than taking the time to read what the actual label states.

“What is natural?,” a representative for the FDA, who asked to remain anonymous, posed to Top Extracts before stating:

Is dirt natural? If something is taken from the ground, then burned using fire, that is natural…but then when it’s put through a process to modify it in order to manufacture a product, is it still natural? We don’t define the actual term at the FDA level. What we do is pose the question to the public in order to gather comments and make an ultimate decision on what constitutes whether a label is able to use the word. You also get into other issues, such as with Judaism, on whether something also needs to be kosher in order to be called natural.

In a nutshell, there are absolutely no laws on what can be deemed as natural, at least not yet. That energy drink you purchased because the label makes it sound healthy? Look closer. Even if that same beverage contains high fructose corn syrup as the first ingredient, there is no law stating that they cannot tell consumers their product is in fact natural. In all reality, SPAM, a canned cooked pork produced by Hormel, could state that their product is natural with zero repercussions. Let that sink in.

Will the FDA ever enforce regulations on how the word is used? Possibly, but it could still be years until an ultimate decision is made. It’s a complex, and extremely lengthy process.

The FDA opened up a docket in November of 2015, encouraging the public to voice their concerns and opinions regarding the use of the term natural. The comment period was closed in May of 2016, with a total of 7,690 comments submitted.

According to the FDA representative, each comment is “reviewed individually, no matter the contents.” The administration then deciphers commonalities between comments, i.e. they look for the same words and ideals used by several different people. Because each comment is looked at, it can take several years before a final decision is made on what products can or cannot use the word natural on labels. A decision could also be made that there will be no regulations placed on the word, as many factors come into play.

In this day and age, it’s more important than ever to be your own advocate regarding your health. So what is actually in those popular energy supplements, bars and drinks that so many people count on to get them through the day?

More than 48% of traditional energy supplments contain beta-alanine, caffeine, citrulline, tyrosine, taurine, creatine, synephrine, and niacin. While the mixture of these ingredients may afford athletes the power they need to get through a workout and push themselves to a higher level, it doesn’t mean they’re safe. Some of the aforementioned ingredients are unnatural and have been linked to heart and other health conditions.

Let’s take beta-alanine as an example. According to WebMD, “Beta-alanine is a non-essential amino acid. Non-essential amino acids can be made by the body, so they don’t have to be provided by food.” This supplement is taken orally, and is linked to “improving athletic performancy and exercise capacity, building lean muscle mass, and improving physical functioning in the elderly.” While this may sound appealing, beta-alanine supplementation may interact with some medications, including those taken for the heart, and erecticle dysfunction. Users have also complained of “tingling” sensations, as well as flushing of the skin.

Tyrosine is another amino acid that’s made naturally by the body, but is also taken in supplement form in order to increase performance levels. Unfortunately, those taking a tyrosine supplement have reported side effects such as “nausea, headache, fatigue, heartburn, and joint pain.” A study of people who used tyrosine before working out on a treadmill found that neither strength nor performance was improved.

Synephrine side effects are also of concern, as those who have taken the supplement have reported numerous side effects, including “burning, stinging, pain, increased redness of the eye, tearing or blurred vision, headache, tremor, nausea, sweating, nervousness, dizziness, drowsiness, dryness in the nose, runny nose, and sneezing.”

Additionally, excessive levels of caffeine (not to mention sugar and artificial sweeteners) are found in many different highly popular energy drinks. What is the big deal if it helps you get through the day? Simply stated, an abundance of caffeine and sugar might equate to a higher energy level in the short-term. However, you’re bound to crash because our bodies just aren’t made to take those levels in – and when you crash, expect to crash hard.

And let’s not forget about the deaths associated with mixing energy drinks and alcohol. It might be tempting, but for the sake of your health – just say no!

Plant Based Energy: Kratom Has Been Used as a Stimulant for Centuries

Many people wonder, is kratom a stimulant? The less talked about aspect of kratom is that the herb can be used not only as a stimulant to help bring clarity to your daily routine, but it can also help to boost workout performance. In fact, the original people who used kratom were farm workers in Southeast Asian countries – dating back to the early 19th Century. The laborers discovered that by chewing on kratom leaves, or brewing it into a tea, that they became energized enough to make it through physically grueling work weeks.

Some people have made the claim that Kratom in place or in conjunction with coffee can produce the same effects as an energy drink without the jitters.

The use of kratom as a stimulant may date back hundreds of years, but anecdotal evidence shows that kratom consumers are still using the herb for the very same reasons. The range of people whom plant-based energy can help is endless. Today, kratom is trending towards being used by everyone from business professionals and stay-at-home moms who are sick of downing unnatural energy drinks, to fitness gurus and MMA fighters who are tired of downing a plethora of daily supplements.

One Reddit user who was previously prescribed a high dose of an addictive chemical stimulant said he was he able to cease all prescription use due to kratom alone. Redditor dreamtxo explained:

Kratom is NOT Amphetamine-like at all, take it from someone who has been prescribed 30mg Adderall. To me, caffeine is more intense than Kratom, somewhere between the 2. Kratom subtly dulls all the aches & pains of body & mind without changing your mental state too much. You still feel like yourself, like the best version of yourself. Kratom gives you a natural feeling of clarity & calmness that no other stimulant I’ve ever experienced does. I stopped taking all doctor prescribed medication 5 years ago.

Why Plant Based Energy Could Be Your Best Bet, & Kratom’s Most Popular Energizing Strains

Who wouldn’t want the most natural form on energy. By “natural,” we’re talking about being solely from a plant. This is contrary to so-called “natural” energy drinks and supplements whose labeling of the word isn’t regulated, as outlined earlier in the article. Not to mention the ill side-effects that have been linked to so many energy products on the market.

This is where kratom comes in. If you’re looking for a truly chemical-free alternative without jitters or crashing halfway into the day, kratom may be just the plant-based energy you need.

When choosing a kratom strain for its energy and focus properties, it’s important to find the right strain for your unique needs. As a general rule of thumb, white and green strains are the best stimulating kratom. However, keep in mind that different strains affect people in different ways, as each one of us has a unique body chemistry. For example, while most people tend to like red strains for pain and relaxation, different strains of red may also help some with energy and focus. This makes it difficult to say what is the most stimulating kratom strain.

It’s always a good idea to purchase a sample pack in order to determine the best strain(s) for your specific needs. It should also be noted that less does not always equate to more. In fact, those who are looking to benefit from kratom’s energizing effects are urged to start with a low dose, which also happens to correlate best with focus and energy.

In conclusion, the market of energy supplementation can be misleading – to put it mildly. The next time you’re looking to grab a protein bar or energy drink for that morning or midday fuel, take a look at the ingredients. Do they consist of long terms you can’t pronounce? That’s likely a clue that it’s ridden with chemicals. Are there multiple energy ingredients listed on the label, as described earlier in the post? This could lead to ill and sometimes scary side effects. In a day and age where we have a plethora of product choices, we must be advocates of our own health. Kratom can provide the truly natural energy you’ve been searching for. And as always, be sure to choose a reputable vendor who can back up their product with documentation of lab testing for safety.