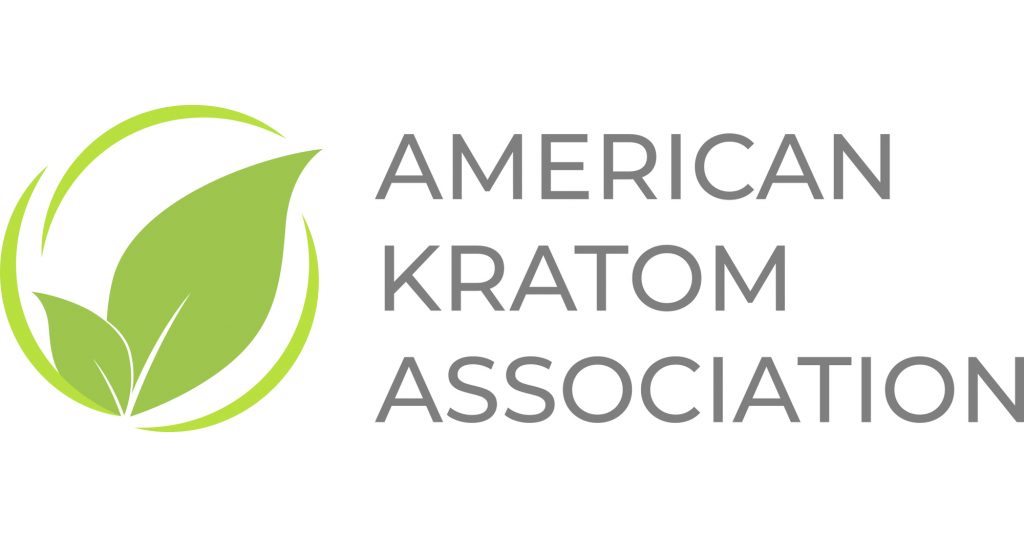 At a press conference held on January 28, 2021, the American Kratom Association (AKA) announced a finding that the Department of Health and Human Services (DHHS) declared “mitragynine and 7-hydroxymitragynine [the main alkaloids present in kratom] not be controlled at this time, either temporarily or permanently, until scientific research can sufficiently support such an action.”

While the news is both exciting and encouraging, it also comes with feelings of shock and disappointment for kratom advocates and policy makers alike, who’ve been pushing for the scheduling proposition to be removed. The reason for the mixed emotions? The information was withheld for an astounding 2 ½ years from the public, media and lawmakers, WI Congressman Mark Pocan explained at the press conference.

An AKA press release reiterated the findings, explaining:

Congressman Mark Pocan (WI) and Congressman Morgan Griffith, in exercising their oversight responsibilities over the Department of Health and Human Services (HHS) and the Food and Drug Administration (FDA), discovered that on August 16, 2018 HHS had rescinded the request for the kratom to be classified as a Schedule I substance under the Controlled Substances Act (CSA).

“HHS cites significant risk of immediate adverse public health consequences to potentially millions of users if kratom or its components are included in Schedule I,” wrote the AKA.

Mac Haddow, Senior Fellow of Public Policy for the AKA, vehemently expressed his frustration regarding the seemingly blatant withholding of such crucial information.

“The most tragic thing with the disclosure of this letter is that we have gone 2 ½ years with a cloud over kratom, including every kratom consumer because of the alleged pending scheduling before the Drug Enforcement Administration (DEA),” Haddow told Top Extracts.

As a reminder or for those just learning about the kratom legality debate, the DEA attempted to put an emergency schedule on kratom, an herb closely related in makeup to the coffee plant, in August 2016. However, due to the undying devotion of the kratom community, whose voices would not go unheard, the decision was placed on hold. During a public comment period, thousands of kratom advocates voiced their opposition to scheduling the plant as a Class 1 drug, the same classification as heroin. This is in stark contrast to the effects kratom enthusiasts rave about in regards to the herb. It is said it doesn’t make one high, but rather brings on feelings such as energy, focus, and calm, among others, depending on the strain used.

The DEA subsequently handed the case over to the U.S. Food & Drug Administration (FDA), who failed to advise any officials or the public that the intent to schedule was removed.

For 2 1/2 years the FDA "hid the ball" while public policy makers were misled that DEA scheduling of kratom was imminent. That was false — FDA's parent agency, HHS, formally withdrew the scheduling notice for kratom on August 16, 2018. The FDA has destroyed their credibility.

“Multiple opportunities for the FDA to correct that record went unanswered,” Haddow told Top Extracts. “They allowed the very thing that the Assistant Secretary for Health (Bret Giroir) identified in his letter as the potential risks for immediate adverse public health consequences to continue for that 2 ½ year period.” He continued:

People that were not willing to go talk to their doctors. People who may have, because of the fear of the scheduling, moved to dangerous and addictive drugs. That is unconscionable at any level. And the FDA can find whatever excuse they choose to make, but it doesn’t justify putting people’s lives at risk with their failure to inform the public. We have a right to have a trust in the FDA. They are under a statutory mandate to protect the safety of the American people…and when they have the opportunity to correct the record about something they have been found to be lacking on, they just sat silent. That is absolutely unforgivable. They abused their power.

It is important to note that while the intent to schedule kratom has indeed been removed, it doesn’t mean at all that the fight is over. Haddow explained that it’s more important now than ever for vendors to follow Good Manufacturing Practice (GMP) standards regarding the sale of the herb.

“The ones I worry most about are those who are operating in an unregulated, uncontrolled environment who never want to be compliant,” Haddow stated. “Because all that’s happened now is that the threat of a scheduling is off the table. What the FDA should immediately do is publish a set of kratom GMP guidelines that the vendors have to adhere to.” 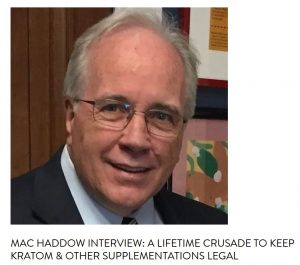 Guidelines would also provide an added measure of safety to kratom consumers. With standards put into place in terms of everything from processing to testing the herb, safety of the products wouldn’t be questionable as they are in an unregulated environment.

“There are many vendors who love to purchase their kratom directly from a farmer over in Indonesia, with no testing,” Haddow said. “They process it in uncontrolled environments. They don’t do any kind of testing here…and of course that’s potentially dangerous to the kratom consuming public.”

While becoming GMP compliant takes investment with both time and money, the safety that will inevitably prevail seems to be a no-brainer. However, Haddow stressed that it isn’t at the forefront of all vendors, which he said needs to change.

Haddow also went on to explain that the current model “feeds the price issue, where they (non GMP vendors) can offer their products much cheaper than a qualified vendor.”

“A vendor who uses GMP practices, invests in the equipment, invests in the training of their employees, uses good packaging, and GMP standards.” he said.  “That’s expensive to do. When you’ve got someone undercutting you, you literally undermine the legitmate marketplace for kratom and you open us up to the very problem the FDA harps on all the time…contamination with salmonella and e-coli as examples. And we kill ourselves if we don’t behave responsibly and say to the kratom vendors, ‘You adhere to the GMP practices or get out of this business.'”

Haddow stressed that it’s not only important for vendors at this time, but for all consumers to do their research as well:

It is critical that the customers understand that going online and buying a cheap kratom product doesn’t mean you’re getting a quality product, and in fact puts you at risk for a potentially dangerous product being purchased.

He also stressed that a “certification process” will need to be put into place, and will be a key step in the process of regulation. This will ensure kratom consumers are purchasing a product that adheres to GMP standards, while also being tested in an independent, accredited lab.

“With that (a certification process), I think we clean up or at least reduce the risk of an adverse event or a death that would be attributable to an otherwise unregulated marketplace,” Haddow emphasized.

While the removal of the threatened scheduling of kratom is indeed a step in the right direction, the fight is not over.  As regulation develops, there will only be room for those vendors who are willing to conduct business in a responsible, ethical manner, while using GMP standards. This is a great time for all vendors to align, to ensure that their business will stay afloat when regulation inevitably grows tighter.

JOIN THE AKA IN THE FIGHT FOR KRATOM

We need to be able to react quickly when a kratom ban in a state, or a vote on the KCPA is taking place, so please sign up for text alerts! pic.twitter.com/So3rZsRCQN