you are someone who benefits from the herb kratom, and hear there is a proposed ban coming to your area, it is completely normal to panic. Why do they want to ban something that so many clearly get such positive results from? People whose lives are turned around. People who become accomplished, contributing members of society again; when they may not have been before.

We’re here to tell you that there’s no reason to panic. In fact, the steps you need to take in order to help in such instances are easier than one would think. And at Top Extracts, it’s the goal to have your experience flow as smoothly as absolutely possible. It’s the mission of the company to help people, not only with their herbal needs, but to become an advocate who will make a difference in their communities. 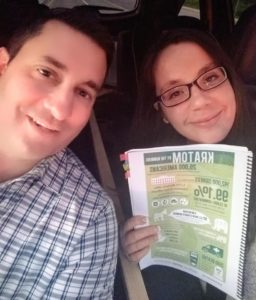 Jim Sourek, founder of Top Extracts, along with his colleague and fellow advocate, Nina Ajdin, have proven to be extremely successful in getting positive results when it comes to knowing what to do in such dire situations. They’re here to share their own harrowing experiences, and the measures they have taken while being involved in this highly important matter. It’s a subject that is so controversial, but when looking at facts it’s hard to believe its legality is even a question.

As Ajdin puts it: “This is not just about kratom. This is a human rights issue.”

Here we will explore everything you need to know in order to make the biggest impact in your own community, and to make sure that your voice is heard. That goes for anyone who is facing a proposed ban, and also everyone else in between, as its important to get in front of the right people before such a proposal even comes about.

When focusing on keeping kratom legal at a local level, it’s important to know who you should contact. In this instance, you will want to be in touch with your local government entities. In villages, you should be contacting trustees, while in cities you should call on city council members, and on the county level you’ll want to speak with your elected officials. Remember, these people care about your community, and many likely aren’t educated when it comes to kratom. Do not feel intimidated – they are people just like you and I! Speak clearly and concisely with verbal and written communications, and always be sure to maintain a professional appearance when meeting in person. Remember, the goal is to show that you’re a productive and contributing member of society, and it’s pivotal to present yourself in such a manner.

Top Extracts has put together everything you need to know in order to accomplish this. You can click here to learn how to compose the best emails in order to write your testimony and to request a meeting. The link also lays out how to dress and conduct yourself in a way to make your efforts as successful as possible.

When you’re in a face-to-face meeting, engage whoever it is you’re speaking with in a friendly, yet professional way that will make them open to what you have to say. After making initial small talk, Ajdin suggests first asking what they know about kratom. Did they know kratom existed before you met? Have they only heard about it through mainstream media, and have they researched it at all? These open-ended questions will help to gauge how to continue the conversation.

“Talk about the basics, and do not get too in depth about science,” Ajdin, who has attended countless meetings, highly recommends. “And never make medical claims.” Expanding on this, remember that you do not want to lose the person’s interest by going into too much detail, i.e. stick to the point in simple terms that are easily understood.

After you have established what it is they know about kratom, you can move on to sharing facts, and then transition into your own personal story (see more on how to explain your story in the next section).

Important Highlights of a Conversation

Remember, if all that a trustee or elected official has heard about kratom has been through mainstream media, they likely have a skewed sense of what it is. Let them know that it’s in the coffee family, and studies suggest that it does not cause respiratory depression – and while it does act on opiate receptors, it is not comparable to prescription opiates. You will not get high when reaping the plant’s benefits.

“Kratom does act on the opiate receptors, but not in the traditional way that opiates do,” Ajdin stated.

At the conclusion of your meeting, it’s likely that you’re going to be asked some questions. Don’t know the answer? Please do not fret, even though it’s normal to feel nervous at first (on a side note, don’t be afraid to say you are nervous, they are human beings too)! It’s ok to say that you’re going to find out in order to properly address their concern, and get back to them (via email in most cases) in a timely fashion. Any official will respect the fact that you want to get them the most accurate information that isn’t based on guesses.

If asked about death, we also have you covered. As those in the advocacy already know, in every autopsy linked to kratom, other substances were involved – even when kratom alone was blamed. Please print out and review this sheet to bring along.

It’s highly likely that those you meet with are going to be excited to hear from you, as they are accustomed to hearing primarily from lobbyists rather than an average citizen. Think of it as a breath of fresh air, and allow that to calm your nerves!

When explaining your story – written and/or verbal – keep it simple, and again, to the point. Be smart, and remember their time is limited and valuable.

The most important aspect of your story should be how far you’ve come. Are you working full-time and a contributing member of society? Are you able to raise a family, and/or do other things you weren’t able to do before kratom? Let that be the main focus of your story, as how far you’ve come is the most detrimental part of it. Taking this route, rather than focusing on all of the dark details of your past, will help to effectively get the point across.

“I encourage everybody to tell their story,” Ajdin said. “But I do not encourage people – especially in one-on-one meetings – to get into the nitty-gritty details.

If this will be your first meeting, reach out to others who’ve already established relationships, who’ve been to meetings, or have experience lobbying. Their knowledge is invaluable, and chances are they will be happy to help out as a fellow advocate of kratom.

No Proposed Bans in Your Community? Still Be in Touch

Thankfully, not every town in America is going to have proposed bans in place. However, it’s still equally important to get to know your local representatives. Sometimes, and in many if not most cases, there will no warning before a proposed ban goes into effect.

Going this route will allow you to establish the relationships you need in order to succeed in the advocacy.

Power in Numbers When There’s a Proposed Ban in Place

You have a story to tell, and your freedom of taking something natural that directly benefits your life to protect. Be confident in your stance, and be sure to show up to any meetings regarding proposed bans. Power comes in numbers. The more people you can get to join you, the better, even if those people are there only to support you. They do not have to necessarily speak if they don’t want to (although it’s always helpful when done professionally), but even being present can and will make a difference.

“At my last speech I asked everybody who was there to support kratom to stand up,” Ajdin said. “Without those people, I am not sure the outcome in Naperville would have necessarily been a success.” She continued, “The important part is showing up to show your support. If you go, you don’t have to speak. Show your support. It makes all the difference. They saw how many people stood up, and they said, ‘oh, this is impacting a lot more people than we thought.'”

Sourek also stresses the importance of attending meetings with local lawmakers, “A lot of times they don’t even know what kratom is, and really you’re just going in to talk to them. They [lawmakers] do as they hear, and when they hear bad news, they’ll say, ‘Ok kratom needs to be banned.’ And if no one opposes it, then that’s how it goes. It’s a loss that didn’t have to be a loss. When there’s a proposed ban, and and people show up – they table it, they mull it over for awhile, and then they make the decision. And if they know the facts, it will make a huge difference.”

You can watch the video below showcasing the kratom portion of the August 20 Naperville meeting:

Lastly, talk about why it’s so important to purchase kratom through an approved vendor. Some may think, including elected officials, that it can only be purchased off of the street. Of course, this couldn’t be further from the truth.

“There’s a proper way to label products,” Sourek stated. “There should be a usage, a dosage, a warning. All of those things should be on the label. And when you’re buying from a proper vendor, you’re actually getting that stuff on the label, as you should be.”

In conclusion, get out there and become involved! You can and will make a difference if you put forth the effort to do so.

4 thoughts on “Facing a Kratom Ban? A How-To Guide on Making a Difference In Your Community”